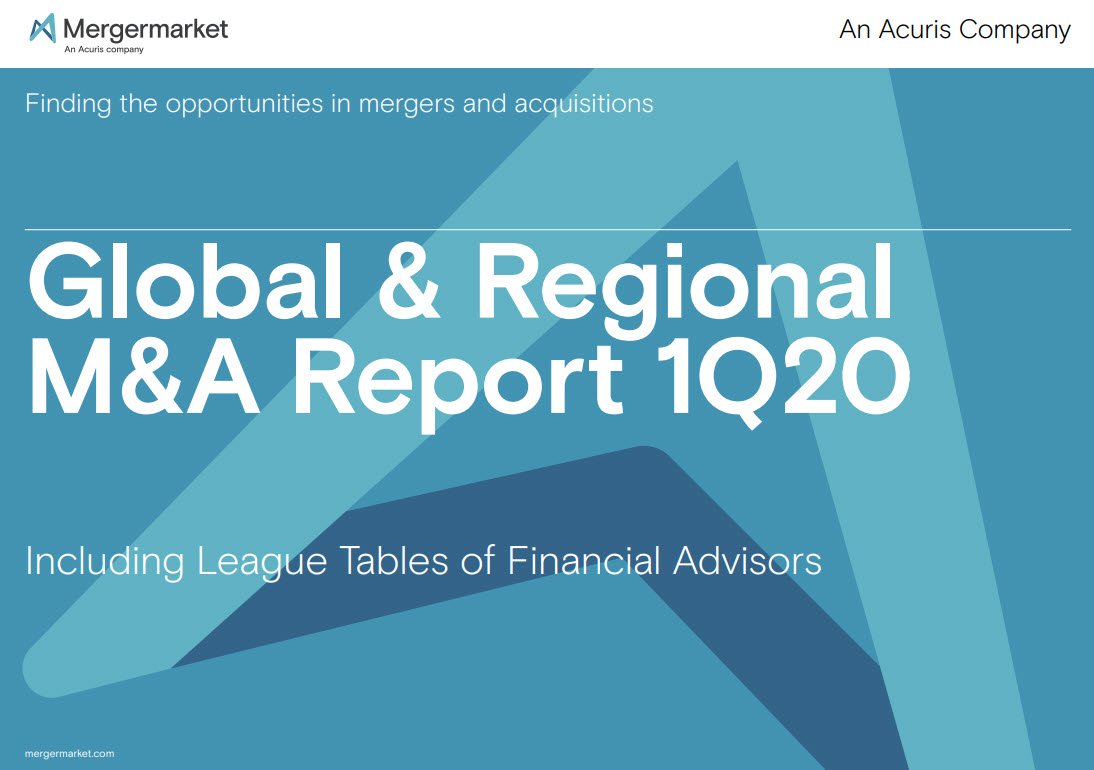 Mergermarket, the leading provider of M&A data and intelligence, has released its 1Q20 report which revealed that after nearly ten years of growth, global M&A activity is down 39.1% by value on 1Q19 to USD 563.7bn over 3,685 transactions in 1Q20, and back to levels not seen since the first half of 2013. Both the overall value and number of deals are comparable to those of 1Q08 (USD 592.3bn across 3,744 transactions).
This year is unlikely to repeat the megadeals (> USD 10bn) frenzy of 2019, when 38 such deals were announced. Only eight were announced globally so far in 2020, down from 11 in 1Q19 and 14 in 1Q18. The last one to-date, the pending USD 35bn tie-up between insurance giants Aon and Willis Towers Watson was announced on 9 March. That same day, in response to the rapid spread of the coronavirus, the government of Italy drastically restricted the movement of its population by imposing a national quarantine, a measure which has since been imposed in many other countries in the world.
Beranger Guille, Global Editorial Analytics Director at Mergermarket commented: “In the short term, the current market volatility will further dent the confidence needed to embark on bold strategic moves.”
Prior to the storm that gripped financial markets a few weeks ago, private equity activity had enjoyed a rather robust start to the year, leading to a stable global buyout deal value in 1Q20 compared to 1Q19 (USD 120.5bn against USD 120.4bn). With the primary market for leveraged loans temporarily shut down, the number of buyouts has dramatically decreased in the past month, and Private Equity’s ability to deploy capital will be further tested in the quarters to come.
Please click here to see the full global report for more insights.