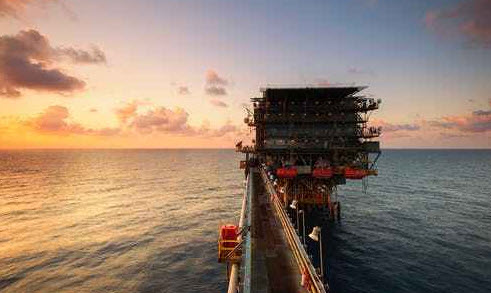 Written by Hana Askren and Nate Trela, with analytics by Philip Segal

The acquisition of Jagged Peak Energy by Parsley Energy earlier this month showed a way forward for U.S. oil and gas M&A—but it’s a slippery slope.
The deal was the third this year that featured an all-equity structure and kicked the can forward for weary investors. Sellers, and their shareholders, have traditionally hoped for cash or combined cash and equity offers, because buyer equity is less liquid. They have also demanded hefty premiums to the seller’s share price, because buyers must provide an incentive with more value than simply remaining independent.

Both cash and premiums are in short supply in the oil and gas sector, and market conditions will continue to force the hands of exploration and production companies, said a sector banker, an attorney, an industry executive and an analyst.

The premium of 1.5% compared to Jagged Peak's 30-day average price is hardly the kind of incentive sellers have traditionally demanded, and equity was the only financing option with capital market doors stuck closed, the sector banker noted. Although the deal does not provide an outright exit for 68% owner Quantum Energy Partners, the combined company’s shares will be more liquid and facilitate an exit for the PE firm over time, explained Andrew Dittmar, senior M&A analyst at oilfield data services firm Enverus.

Two other recent deals – Callon Petroleum/Carrizo Oil & Gas and PDC Energy/SRC Energy – had similar structures, and all three deals leave the combined companies better positioned for the long term, the banker said – though unfavorable market reactions and volatile post-announcement trading have dogged them too.

“Nobody is willing to match sellers' prices in cash, no seller wants to accept the cash buyers are offering, but they all believe in what they have and could do together – so they're deciding to trade paper, take each other's hands and jump together,” the attorney said. Of course, all-equity deals mean that investors seeking an exit have merely traded one holding for another, without an immediate return.

Investors have been calling for consolidation over the last few years in order to reduce general and administrative expenses, ease midstream bottlenecks, and create more efficient drilling operations, said Dittmar. But shares have sold off dramatically after announcements, making CEOs gun-shy: “Investors are pounding the table, and then when you put a real live deal in front of them they go and punish you,” he added.

All-equity, low-premium M&A has been tested with some success in the mining sector, where there was a period of high-premium M&A undertaken at high valuations, followed by a secular decline in capital markets financing, liquidity, and overall investor interest in mining stories, said a mining banker. It has taken a year or more for share values to recover, he explained.

Oil and gas CEO skins are thickening in a market where share prices do not seem to respond no matter what strategy a company adopts, the banker said. With shares running perpetually sideways, “executives have started to say, why don’t I bite the bullet and do what I need to do in the long run?” he added. “If you believe what we are all saying, that consolidation is important, you have to find a way to make deals,” the executive said.