Plant-Based Cleaner Manufacturer In Growth Mode
Submitted by Chad Watt with Acuris, a partner of the M&A Leadership Council

Solugen, a Houston-based maker of plant-based peroxides, is looking for partnerships to expand the use of its chemicals with US oil producers and beyond, according to co-founder and chief technology officer Sean Hunt.

The company last month raised $32 million in a Series B funding led by Peter Thiel’s Founders Fund to accelerate that effort and broaden the reach of its products for other industrial uses.

The company’s enzyme process creates hydrogen peroxide and derivative chemicals with corn syrup and ethanol as feedstocks. Solugen offers a cleaner and greener chemical production method, but for the oil patch, Solugen believes its approach is also logistically simpler and lends itself to small scale and mobile manufacturing, according to CEO Gaurab Chakrabarti. Typical peroxide plants start with petroleum-based feedstocks and are located close to petrochemical complexes.

Shale oil and gas wells that rely on hydraulic fracturing, or fracking, regularly produce volumes of brackish produced water that must be treated before it can be disposed of or reused. That process typically involved a petroleum-based produced far from the oilfield, according to Hunt. 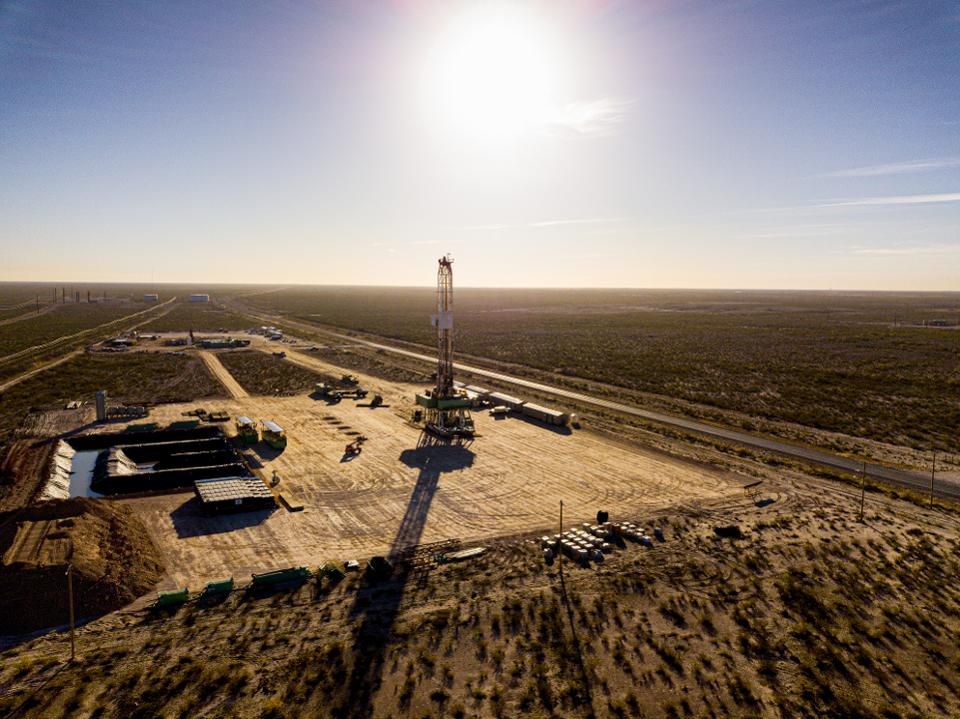 In contrast, every oil-producing basin in the US has easy access to corn, Chakrabarti says. Setting up plants for its enzyme-based production process requires less capital, and they can be placed quickly near end-users, he says.

In the oil patch, cost trumps all other considerations, says Michael Pavia, a  chemist, venture capitalist and oilfield entrepreneur. A cleaner/greener process and even an American-made product may hold some intangible appeal, but for oil producers, such decisions boil down to “do I get what I need done?” he adds.

Solugen currently produces its peroxides and related chelating agents in Houston, Bellaire, Texas, and Midland, Texas. The company was founded in 2016 and raised $5 million from Y Combinator in 2017. Additional investors in the company include Refactor Capital, Fifty Years and KDT Ventures. Solugen received seed funding from the Massachusetts Institute of Technology.

The Series B came rapidly after a $13.5 million Series A funding in October 2018.

In addition to treating produced water from oil and gas wells, Solugen makes chemicals for use in wastewater treatment and consumer products. The company is next looking at bringing its water treatment technology to the mining industry in North America, Hunt says.

Solugen began on a small scale, with a production unit that Chakrabarti and Hunt built with material they bought at a hardware store.

Its first products included supplying a plant-based bio peroxide to float spas and a plant-based cleaning wipe for consumers. It sold the wipe business, called Ode to Clean, to Diamond Wipes in November 2016, for “tens of millions” of dollars, according to a prior press report.

Solugen is no longer in the float spa business but has established a very good supplier agreement with Diamond Wipes, which points toward the company’s strategy — to be the “invisible 800-pound gorilla” in the plant-based chemicals business, Chakrabarti says.

To that end, Solugen is targeting supply deals and partnerships with middle market companies, Hunt says, and could in the future partner with large chemical giants in the peroxide business.

The company has already received acquisition approaches but is not interested in selling. The executives say it’s too early in the company’s development to bring on corporate partners.

Chad Watt covers energy and deal-making in the US Southwest from Dallas. He can be reached at [email protected].